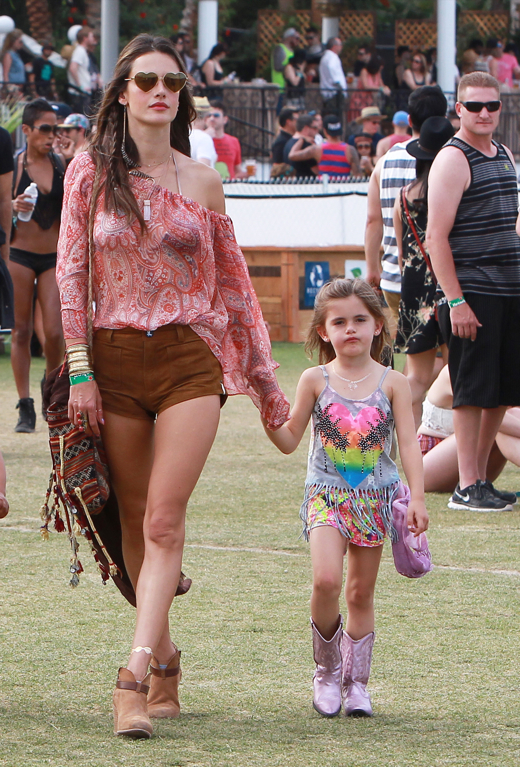 Alessandra Ambrosio was spotted with her daughter Anja at the Coachella Music and Arts Festival in Coachella, CA on Saturday (April 19).

The supermodel was dressed hippie chic in flowing blouse, tiny suede shorts and booties.  Anja was also dressed for the occasion in a 60’s inspired top, bright shorts and shiny pink cowboy boots.

Ambrosio has been sharing pics of her time vacationing and attending the music event.

“We are young,” she captioned a shot of her daughter giving the peace sign with a friend.

The Brazilian native sparked a controversy after posting the picture of the 5-year-old at the festival. Many claim Coachella is not the place for children because it is largely known for its partying atmosphere and easy access to drugs and alcohol.

How to Afford Summer Childcare