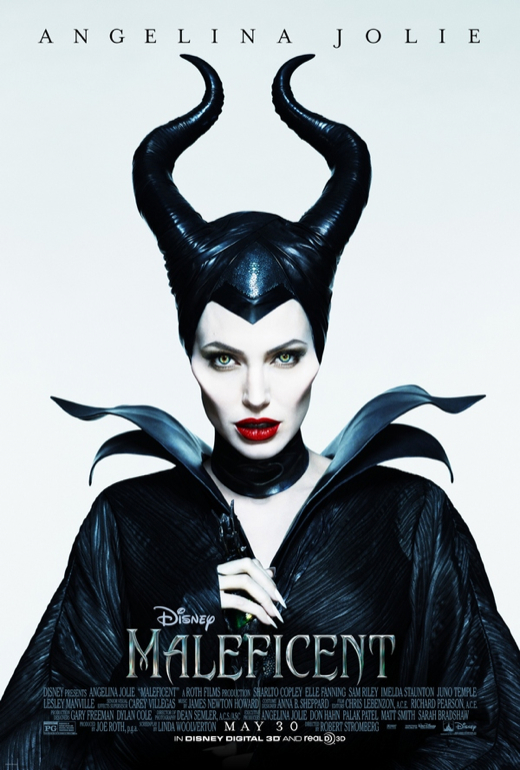 I’m still humming ‘Let It Go’ from ‘Frozen,’ but Disney is quick to conjure up new films to entice you. So, bust out your vintage ‘Sleeping Beauty‘ movie to get your kids excited about ‘Maleficent.’ (At the very least, they will appreciate the stunning leap in cartoon image quality over the years!)

To this day, Sleeping Beauty is my favorite Disney Princess and Maleficent is my preferred villain. In this reboot of the classic tale, audiences will get the details as to how the be-horned queen became the Mistress of All Evil. In the 1959 cartoon version, she pops up uninvited to Princess Aurora’s royal christening and curses the infant Princess to “prick her finger on the spindle of a spinning wheel and die” before the sun sets on her sixteenth birthday.

Here’s a Fun Fact: Maleficent was voiced by Eleanor Audley in 1959, who was also the voice of Cinderella’s wicked stepmother!

We all know how it turns out, but in this re-telling, we learn that Maleficent has an idyllic life growing up in a peaceable forest kingdom, until one day when an invading army threatens the harmony of the land. Maleficent rises to be the land’s fiercest protector, but she ultimately suffers a ruthless betrayal—an act that begins to turn her pure heart to stone. Bent on revenge, Maleficent faces an epic battle with the invading king’s successor and, as a result, places a curse upon his newborn infant Aurora. As the child grows, Maleficent realizes that Aurora holds the key to peace in the kingdom—and perhaps to Maleficent’s true happiness as well. Jolie explained to Entertainment Weekly, “The exercise wasn’t how can we have fun with a villain? It was: What turns people evil and vile and aggressive and cruel? What could have possibly happened to her?”

Lana Del Rey has recorded a unique re-imagining of “Once Upon a Dream,” which was originally sung by Aurora before meeting Prince Phillip. This haunting rendition will play during the credits, but you can check it out by clicking HERE and watch the trailer!