Josh Duhamel Bonds With Axl While Fergie is Out of Town 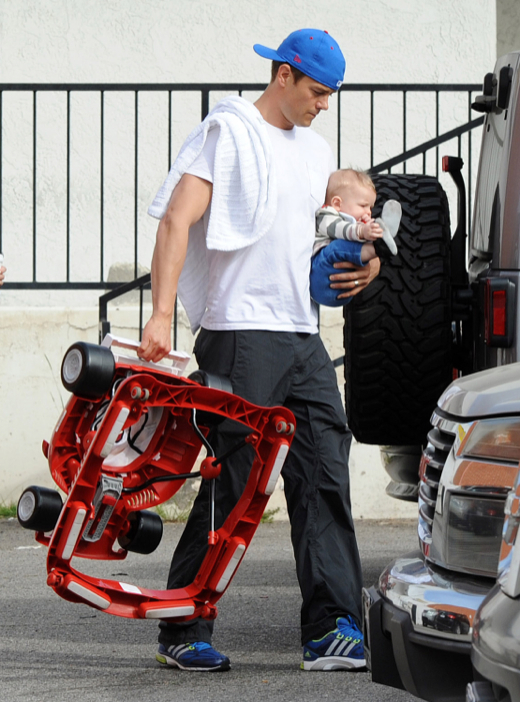 Josh Duhamel was spotted spending some father-son time with his baby boy Axl  in Brentwood, California on Thursday (March 20).

The Safe Haven actor was dressed in a white shirt, black khakis and running shoes. He looked like a cute daddy with blanket over his shoulder while he carried Axl and his baby chair.

Meanwhile, his wife Fergie was at the State Department in Washington, DC on Thursday to announce a new Justice Institute on Gender-Based Violence initiative which will launch training programs in India, Nepal, South Africa and Mexico.

“The statistics shock me,” she said, citing that one in three women will be a victim of domestic violence. “That is totally unacceptable.”

“A common barrier is that existing laws are just not understood or enforced,” she said. “There are laws to protect women and publish their abusers in many countries, but they aren’t applied effectively and consistently.”

Avon Products Inc. is funding the four training centers for $650,000. Fergie is a global ambassador for the Avon Foundation for Women.