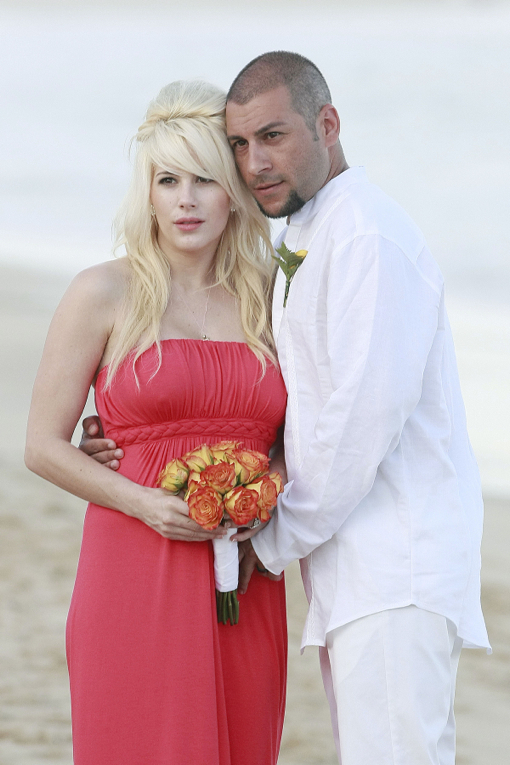 It’s a sad day for the Lamas-Richie family.

Shayne Lamas who is best known for her appearance on the Bachelor has reportedly lost her baby and is currently in a coma following a pregnancy complication.

According to TMZ, Lamas was 16 week pregnant when paramedics were called and rushed to her and husband Nik Richie’s  home after she collapsed.  The paramedics then rushed her to the hospital.

At the hospital, doctors determined she was bleeding internally around her uterus. The reason for the bleeding was unclear and she lost the baby during an emergency surgery.

Lamas is currently in a coma and not breathing on her own, although, doctors are optimistic about her recovery.

“Both Shayne and I are super excited for our second child,” the co-founder of celeb site TheDirty.com wrote in a blog post. “I’ve grown so much as a father and Shayne is an amazing mother. Together we are a great team and love each other very much.”

The baby would have been Lamas and Richie’s second child together. They are already parents to 2-year-old daughter Press Dahl Lamas-Richie.

Shirley Temple Passes Away at 85