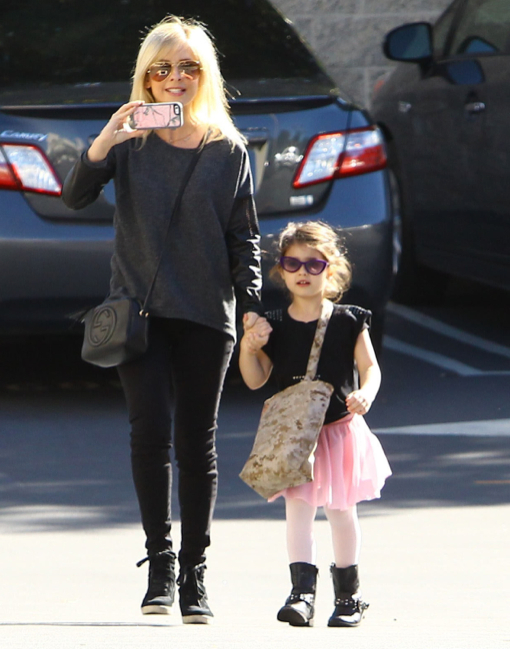 The Crazy Ones actress wore a grey sweater, black leggings and boot sneakers while taking a video of the photographers. The youngster was dressed in a black top and a pink tutu with matching leotards and biker boots.

Gellar recently took home the 2014 People’s Choice Award for favorite actress in a new TV series for her work on The Crazy Ones.

“Thank you. Mainly, I just want to thank the fans. You’re the reason why we do what we do, and why we get to do, what we do, so thank you,” she told. “To my amazing co-stars, the incomparable Robin Williams, Jimmy [Wolk] and Amanda [Setton] who are here with me tonight, and Hamish [Linklater] who couldn’t be here. But also for seven years I had the privilege to be a part of one of the most amazing television shows, and I’ve never gotten a chance to publicly thank them: the cast, the crew, and all the fans of ‘Buffy the Vampire Slayer.’ So thank you, and thank you for this.“

Crazy Ones airs on CBS.

Kristin Cavallari & Jay Cutler Are Having Another Boy