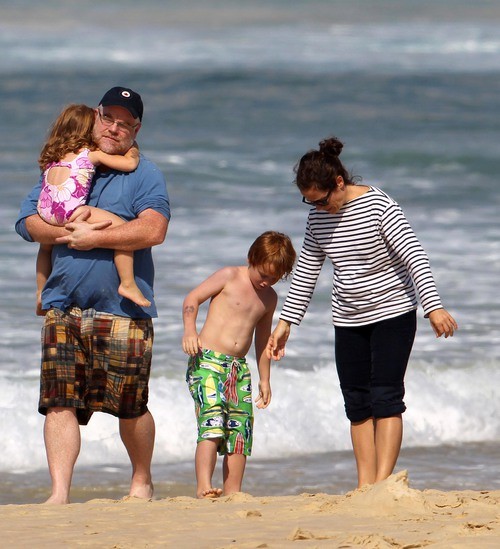 While celebs and fans alike are still in shock and mourning over the sudden death of Philip Seymour Hoffman, it is his family who is dealing with the unbelievable grief and loss of a longtime partner, son, and father. “We are devastated by the loss of our beloved Phil and appreciate the outpouring of love and support we have received from everyone. This is a tragic and sudden loss and we ask that you respect our privacy during this time of grieving. Please keep Phil in your thoughts and prayers,” the statement released shortly before noon on Sunday reads.

Philip Seymour Hoffman, 46, was loved and praised by many, but his young children and girlfriend, Mimi O’Donnell, are facing unimaginable grief with the loss of someone who was the most important fixture in their lives. It saddens his girlfriend so much more knowing that his death was a result of drugs. She thought he was doing better and on the right track.  She had believed Philip when he assured her that he was clean and had beaten his problems.  Poor Mimi now has not only lost her darling mate but is left to raise their three young children son Cooper Alexander, 10, and daughters Tallulah, 7, and Willa, 5 alone.

It is hard enough for children of celebrities to get a fair chance at a normal life, and this tragic loss will surely impact the couple’s young children for the rest of their lives. Adding more pain to the situation, the kids were supposed to see their father today. It was when he failed to pick them up, that his friend and personal assistant went to check on him and found him dead.