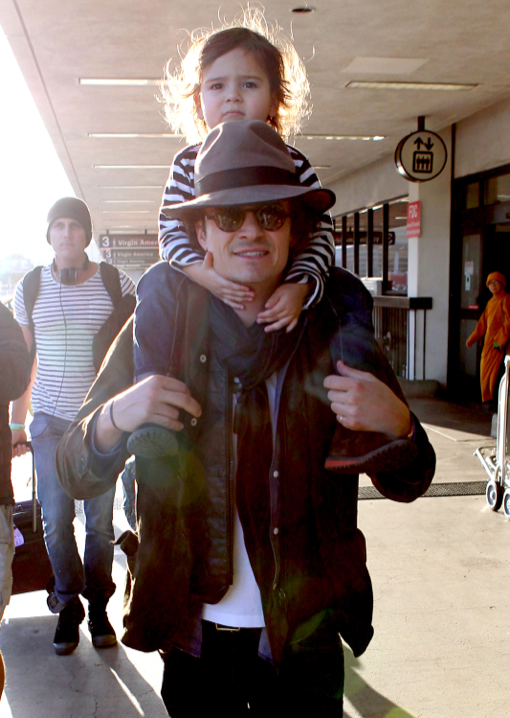 Orlando Bloom and his son Flynn were pictured arriving on a flight at LAX airport in Los Angeles, CA on Wednesday (Feb. 19).

The Hobbit actor was all smiles as he gave his son a piggyback ride through the terminal. The 3-year-old looked to be just as happy with his around wrapped around his dad’s neck.

“I think Miranda had really started to believe the marriage was salvageable. They’d been spending so much time together, but clearly circumstances changed and Orlando called her to tell her he was now dating Nora. It seems Miranda was devastated,” a source told the British publication of Grazia.“Orlando’s change of heart really seems to have blindsided her. I think she thought they were set to move back in together.”

What do you think? Will Bloom and Kerr eventually get back together or are they over?