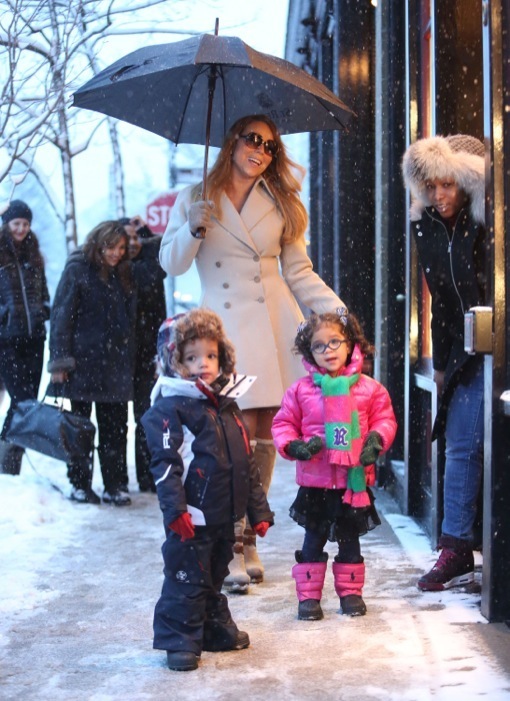 Mariah Carey babies are about to become superstars!

The singer has revealed that her  2½-year-old twins Moroccan and Monroe with husband Nick Cannon will make their recording debut on her upcoming album.

“It’s a song that I wrote with Bryan-Michael Cox and Jermaine Dupri. There’s a part that Jermaine says on the song that [the kids] loved, and Monroe started to say it,” Carey told People. “I kept having to get my iPhone and record her. So I have all these different takes of her saying things, singing things. Then I’d be like, ‘This is your new ad lib — learn it!’ I have to make it fun for her.”

Is possible the twins will be following in their moms footsteps?

“Well, they started singing and talking simultaneously. It’s hard to explain. That sounds like a lie, but it’s true,” she says. “They’re both so musical.”

For now, they are more than satisfied to just spend quality time with their mom.

“Their favorite thing is: ‘Lie down, Mommy.’ Meaning: ‘Lay with me and watch a movie,’” she says. “Because otherwise they have to watch Your Baby Can Read or something educational. I’m a tough task-master like that.”