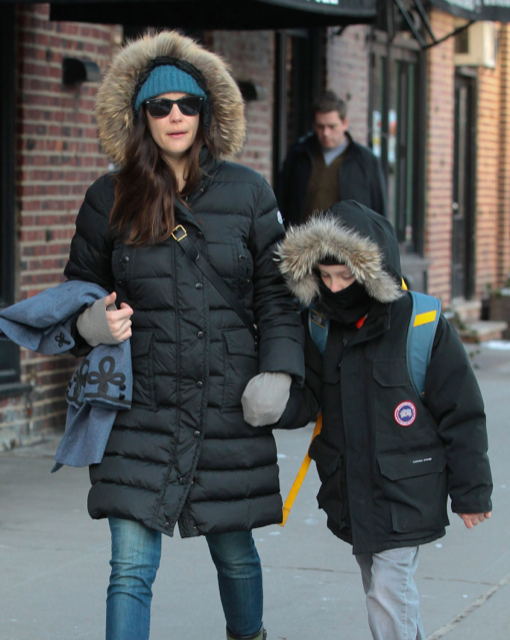 Liv Tyler was photographed walking her son Milo to school on a chilly morning in New York City on Friday (Feb. 7).

The Lord of the Rings actress was dressed in a knee-length down jacket, skinny jeans and army green rain boots. She kept a low profile with dark shades as she held  the youngsters hand.

Rumor has it that Tyler is dating Orlando Bloom. They were supposedly spotted getting cosy at the opening night of Broadway play Waiting for Godot, starring Patrick Stewart and Sir Ian McKellen, before heading to the after-party at Bryant Park Grill.

“When they got behind closed doors, they were playfully tickling, gazing into each other’s eyes and holding hands,” a source told  Star magazine.