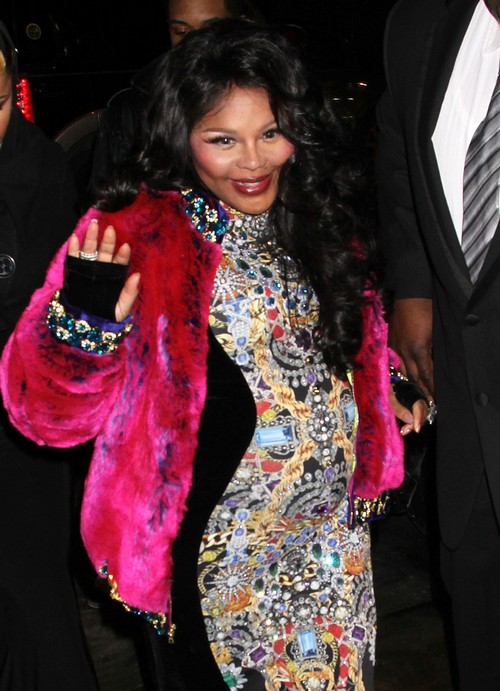 Rapper Lil’ Kim proudly displayed her baby bump at at The Blonds fashion show at Fashion Week in New York City yesterday February 12th, 2014.  No one knew she was pregnant so it was a big shock for everyone.  Kim’s friend Tamar Braxton confirmed the news by tweeting: “Awwwww congrats @LilKim on your little one.”

The rapper performed at the after party and officially announced the news.  She told the crowd, “I’m a mom, but I can turn it up a little! “I’m so excited! I’m a few months along, I can’t wait to be a mom!”

The father of the baby is not known and Lil’ Kim is not telling.  At least not yet. Kim was in a relationship with professional boxer Floyd Mayweather Jr in September 2013 but no word on whether he is the baby daddy.

During the evening a glowing Lil’ Kim told the crowd that the baby was not slowing her down at all and as a matter of fact the baby has made her a beast and she is going to continue to be hardcore.

A big congrats to Lil’ Kim on her pregnancy!