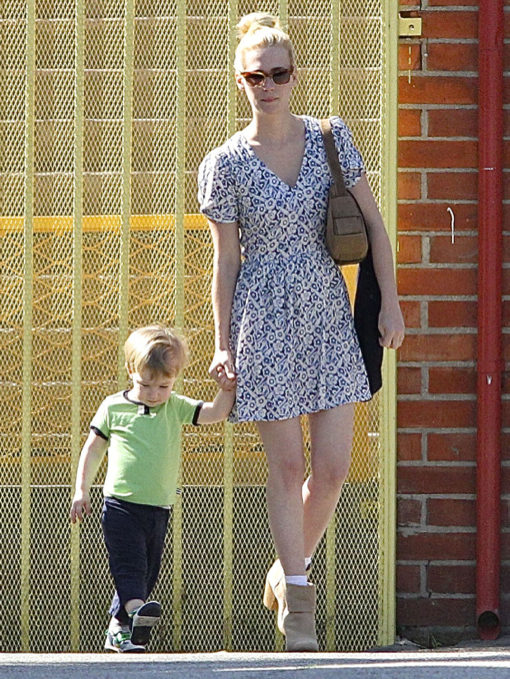 January Jones and her son Xander were spotted out and about in Los Angeles, CA on Thursday (Feb. 13).

Jones’ role as Betty Draper on Mad Men will be coming to an end in 2015.  AMC announced the show is splitting their final season into two part with the final part airing in 2015.

Meanwhile, the star has signed on to star in The Shuddering, a supernatural thriller to be directed by George Ratliff.

The film follows a woman (Jones) who returns to the town where she first began to experience strange visions. Determined to get to the bottom of it, she unravels a mystery that goes back farther than she could imagine.

Production is scheduled for summer 2014.

What’s in a Weird But True Fact? #NGKInsider