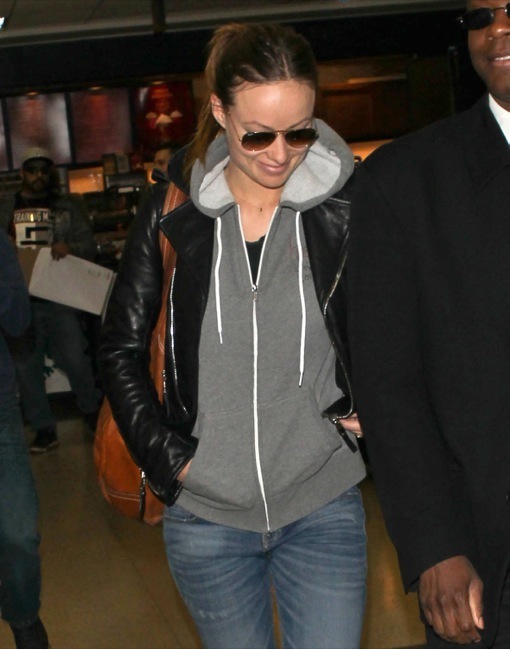 Olivia Wilde and her fiance Jason Sudeikis were spotted arriving on a flight from New York at LAX Airport in Los Angeles on Sunday (Jan. 5).

The Rush actress hid her baby bump under a loose-fitting grey hoodie and casual jeans as the couple made their way through the airport after a trip to the Big Apple.

While appearing on the The Tonight Show With Jay Leno, Wilde joked about the lengths strangers will go not to ask about her pregnancy.

“Even when you are clearly — like, I feel like I’m clearly pregnant — people will be like, ‘Hey, would you like a glass of whiskey? Would you like to get on this roller coaster?'” the mom-to-be joked. “And I go, ‘Oh, well, I’m actually pregnant.’ And they go, ‘What?!’ Unless someone’s watching you give birth, I don’t think they want to make the wrong call.”

Wilde confirmed the happy news via Twitter in October.

Simon Cowell & Lauren Silverman Have a Babymoon in France