Simon Cowell & Lauren Silverman Have a Babymoon in France 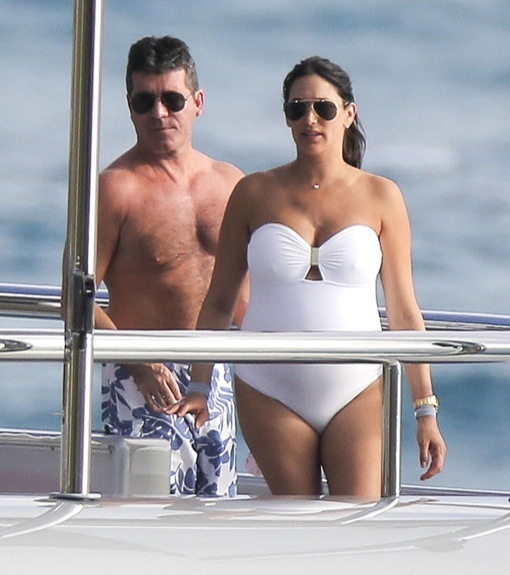 Simon Cowell and his girlfriend Lauren Silverman were photographed relaxing on a yacht while on vacation in Biarritz, France on Sunday (Jan. 5).

The dad-to-be wore swim trunks while relaxing with Silverman on a huge lounge chair. Silverman wore a white one piece bathing suit that showed off her growing bump.

Cowell’s girlfriend will most likely welcome their baby in New York because she want to be near her mom.

“It’s a difficult one because Simon and Lauren have connections in both England and all over America, but Lauren has lived in New York for her adult life and her mum is there.” a source told the Mirror UK. “She knows that with Simon having such a hectic work schedule, if the worst did happen and he couldn’t be there, at least she would have her mum to help.”

The couple announced they were expecting the baby last July.

Jessica Alba’s Cabo Vacation With Family Comes to an End