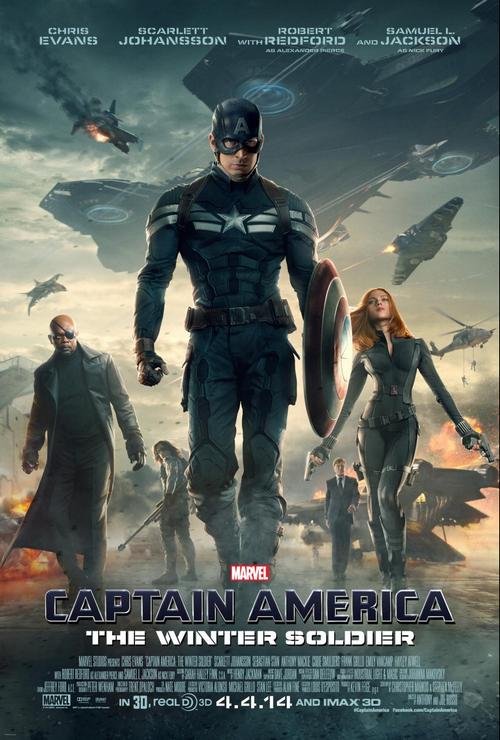 I have to admit, when all these comic books started turning into movies, I was skeptical. I am so glad my son talked me into giving them a try! Finding a movie that interests everyone is a tall order, these reboots of classic heroes appeal to everyone and speaks to my inner nerd.

After loving ‘The Avengers‘ I had to go back and watch all the stories that fit together to bring each film to the same path. I started with ‘Captain America: The First Avenger‘ and bounced from hero to hero. It became the staple that introduced me into the franchise and I am so excited for the second installment.

‘Captain America: The Winter Soldier‘ brings us back to Steve Rogers who is struggling to embrace his role in the modern world. His foe in this sequel is a Soviet agent known as the Winter Soldier. Scarlett Johansson, Samuel L. Jackson and a few other familiar faces join Captain America to fight the new threat.

Several new posters were released to whet your appetite. Johansson, Jackson and Chris Evans each got their own promo. My, Scarlett is looking very…robust!

Can’t wait for this to open on April 4th, 2014! It will be great for your post April Fools day recoup.