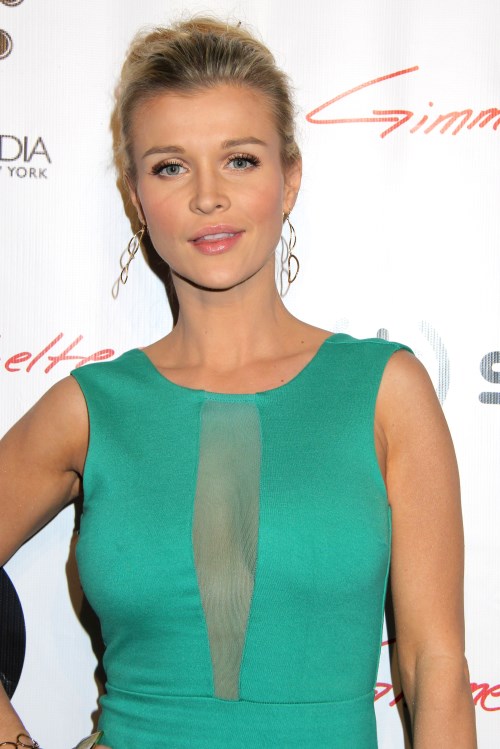 Time’s ticking for 34-year-old Real Housewives of Miami star Joanna Krupa. At least that’s how she’s feeling at the moment as she recently opened up to a celebrity magazine about the possibility of having a baby with businessman husband Romain Zago.

“We’re talking more and more about it. Honestly, [one second] I want to have a baby and [then] another second I don’t feel like I’m ready for it just yet. So what I think I’m gonna do — unless it happens naturally — I think I’m gonna freeze my eggs in the next month or two,” said the reality star “I wish I did that in my twenties but, unfortunately, I didn’t. So I think I’m gonna do it just in case because every year I’m like, ‘This is the year, this is the year.’ But I’m still focused on other things that it’s just really hard, and I don’t want to take it away from being a mother.”  She went on to add that having a baby is most definitely something that she wants to do at some point: “Maybe it’ll happen this year,” she added. “We’re talking. We’re definitely talking more about having a baby this year than ever in the last seven years we’ve been together, but if that doesn’t happen then definitely I’m gonna freeze my eggs.”

Krupa married Zago last june after years of dating and she is now also looking at the possibility of maybe starting alongside the night-club owner in another tv series:

“We both have such busy lives. The Real Housewives of Miami only shows my life in Miami and, to be honest, my life is more L.A. The only thing that keeps me in Miami is my husband. So my life, my career, my animal rescue and everything is in L.A., so who knows,” said Krupa. “I think we’re like the only couple that’s been doing a bi-coastal relationship for seven years, so it definitely wouldn’t be a boring thing and we’ve definitely talked about it.”