Hilary Duff Picks Her Tot Up From School 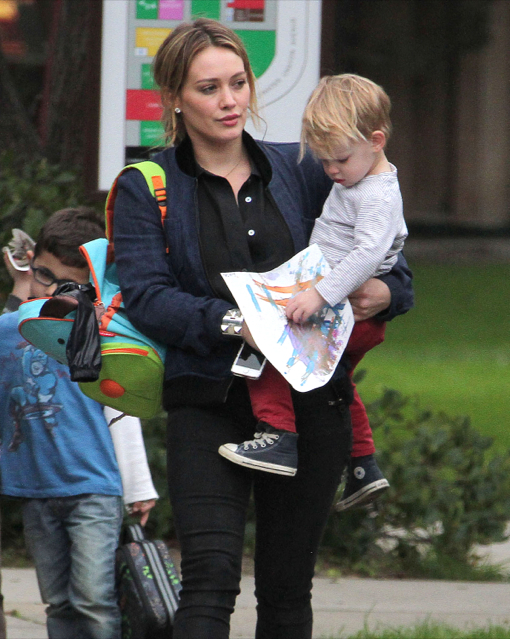 Hilary Duff was photographed picking up her son Luca from school in Studio City, CA on Thursday (Jan. 31).

The singer was dressed in a jean jacket, button-up blouse and black jeans with studded booties. She carried the tot who carried a drawing he had done at school.

On January 10, the Flock of Dudes actress and her husband Mike Comrie announced their separation after three years of marriage.