Reese Witherspoon is all Smiles With Tennessee 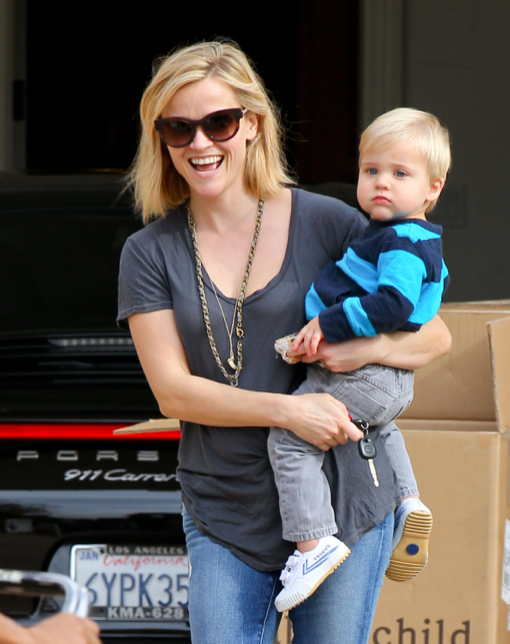 Reese Witherspoon was pictured taking her son Tennessee to a baby class in Santa Monica, CA on Wednesday (Dec. 18).

The Devil’s Knot actress wore a grey tank, jeans and booties. She was all smiles while carrying the toddler who looked adorable giving the photographers a pouty look.

Witherspoon was recently ranked third on Forbes’ 2013 list of Most Overpaid Actors.

The magazine said it examined actors’ pay, film budgets and expenses to calculate the average return an actor brings per dollar paid. Witherspoon had an average return of $3.90 for every dollar she was paid.

Book Picks: French Kids Eat Everything (Ands Yours Can, Too)