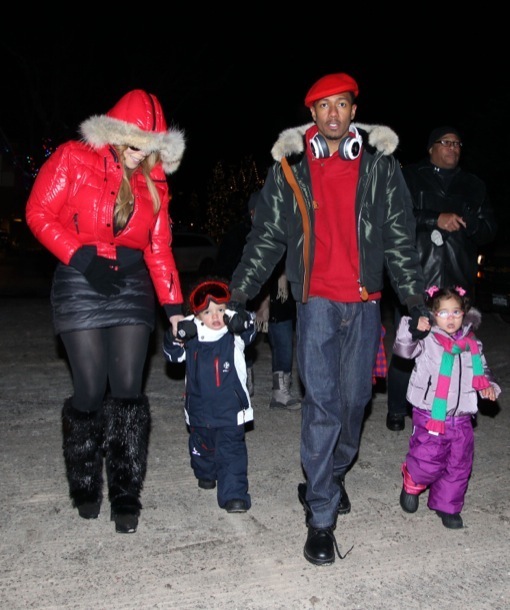 The All I Want For Christmas singer wore a red hooded jacket, a skirt with tights and fur boots as she held Moroccan’s hand. Cannon was dressed in a red sweater and hat with jeans while holding both of his twins hands.

Carey recently revealed that she will not be having any more children.

“If Nick could have the babies himself, then yeah, bring ’em on. We love kids,” Carey joked during an appearance on Watch What Happens Live with Andy Cohen. “Here’s the thing: This is real. I’m responsible for the kids for like forever. I look at it like, they didn’t ask for this lifestyle but here they are.”

During her first pregnancy, Carey suffered from preeclampsia and gestational diabetes and she understandably doesn’t want to go through that again.

“To anyone who has ever carried twins, it is a totally different experience…You don’t even know who you are,” Carey said. “I had a very difficult pregnancy, but I was alone most of the time. We love Nick, but he’s working. He’s the hardest-working man in show business.”

Carey and Cannon vacation each holiday season in Aspen.