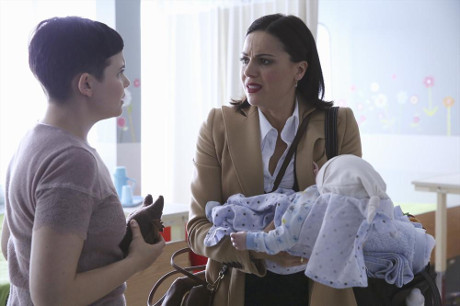 On Sunday my favorite fantasy drama Once Upon A Time returns to ABC with a new episode called, “Save Henry.”  Last week’s episode was fantastic and we cannot wait until next Sunday’s new episode.  Good news, we have managed to get our hands on a sneak peek video and a few spoilers to whet your appetite as you wait  for next week’s episode 6, “Save Henry.”

On next week’s show the race is on to stop Pan from gaining full magical powers as Henry’s life hangs in the balance and in Storybrooke of the past Regina sets out to adopt a baby.

Official ABC synopsis of next week’s episode: While Henry’s life hangs in the balance, the race is on to stop Pan from gaining full magical powers from the heart of the truest believer. Meanwhile, in Storybrooke of the past, Regina decides to fill a void in her life and, with Mr. Gold’s help, sets out to adopt a baby.