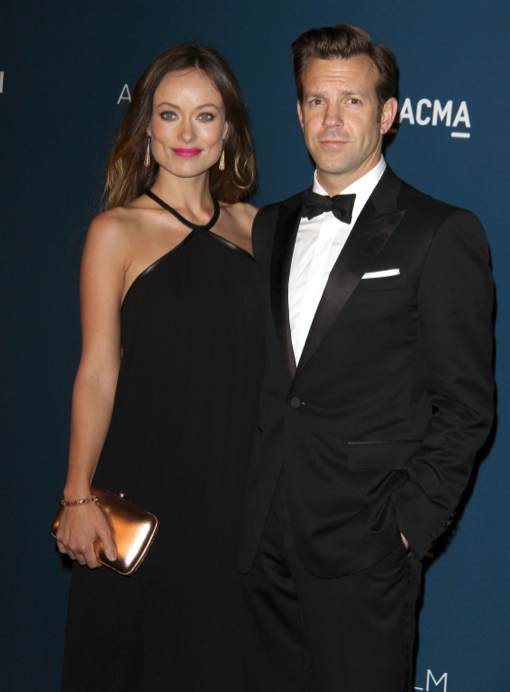 The pregnant actress wore a long black gown with a gold clutch while posing for pictures on the red carpet. Sudeikis look dapper in a tuxedo.

Last week, it was announced that the couple were expecting their first child.

“They are incredibly happy,”  a source close to both told People.“They’re very excited to welcome a new member into their family.”

The met on the season finale of Saturday Night Live in 2011 and begandating six months later. They got engaged in January.