Exercise During Pregnancy To Boost Your Baby’s Brain 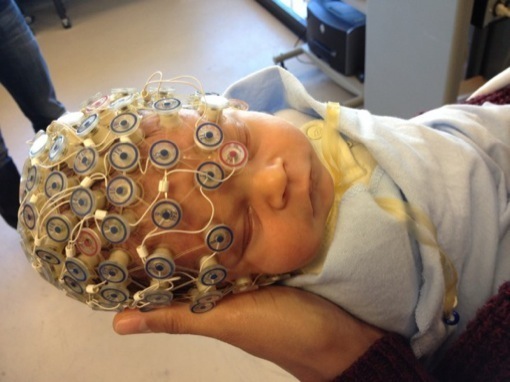 According to a new study, exercise during pregnancy can enhance your newborn’s brain development.

Traditionally, women were advised to avoid physical activity during pregnancy. Now, new research released at the Society for Neuroscience further supports the benefits of a moderately active pregnancy.

Women joined the study in the first trimester and were randomly split into two groups.The first group engaged in exercise, while the second group avoided strenuous activity altogether. Soft electrodes were then used to measure the baby’s brain activity, 10 days after birth. The babies showed more mature patterns of activity when their mother’s engaged in moderate activity for about 20 minutes, three times a week.

The researcher suggests that the effect could benefit children for the rest of their lives.

Elise Labonte-LeMoyne, at the University of Montreal said:

We know exercise is good for all kinds of things in pregnancy. It makes mothers feel better, gives them more control over their weight gain, and also has an impact on their child’s weight gain in life. We’re saying here’s an added bonus, that exercise gives your child a head-start in brain development.

For more information on exercising safely during your pregnancy, click here.

Heidi Klum Enjoys a Soccer Day With Her Kids