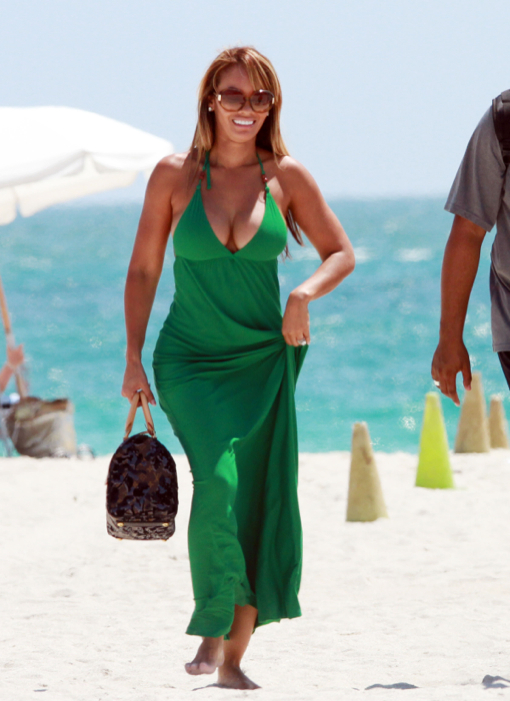 Evelyn Lozada confirmed she is expecting via Twitter on Friday.

According to TMZ, The Basketball Wives star is around six months along and her ex-husband Chad Johnson is not the baby daddy.

The pregnancy was planned and her boyfriend whom she has been dating form almost 1-year is the father.

Lozada was married to Johnson for a brief time in 2012. The couple wed in July but split just a little over a month later, after the NFL player was arrested on a domestic violence charge for allegedly head-butting his then-wife. They finalized their divorce in September of that same year.