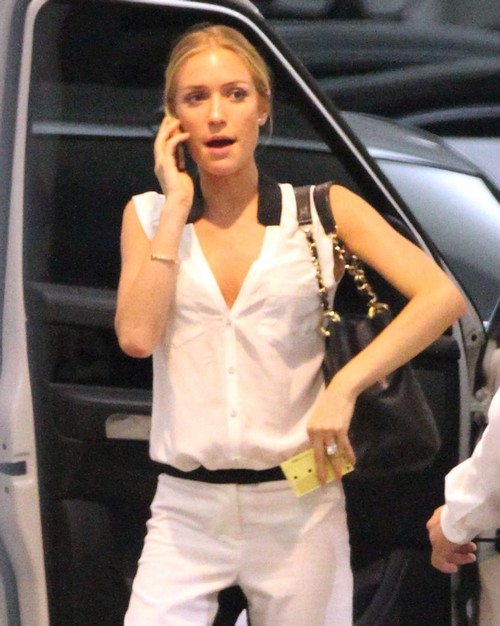 Laguna Beach Kristin Cavallari is pregnant again.  This is the second child for Kristen who is married to Chicago Bears quarterback Jay Cutler.  The couple who have been married for four months have a son Camden Jack, who was born on August 8, 2012.

Kristen has made no secret about the fact that she wanted another child saying, , “We want to have a second sooner rather than later. We’re working on it. We know we want another one close in age to Camden and we’re at the point where we’re both ready.”

The couple have no idea if they are having a boy or a girl but when Kristen was asked what she would like her second child to be she said, “Obviously, I want a little girl, but if I had another boy I would be so excited as well. I love having a boy. Either way, I’d be really, really happy.”

Meanwhile since her hubs Jay tore a groin muscle on Oct. 20, 2013 he has been off.  However, Jay is optimistic and plans to return back to the field before the four-week timeline his team announced he would be off.  He said, “Brandon is optimistic and so am I.  We’ll see how it goes.”

What do you think CBLers are you excited for Kristen?  Do you think she will have a boy or a girl?  Hit the comments with your thoughts!