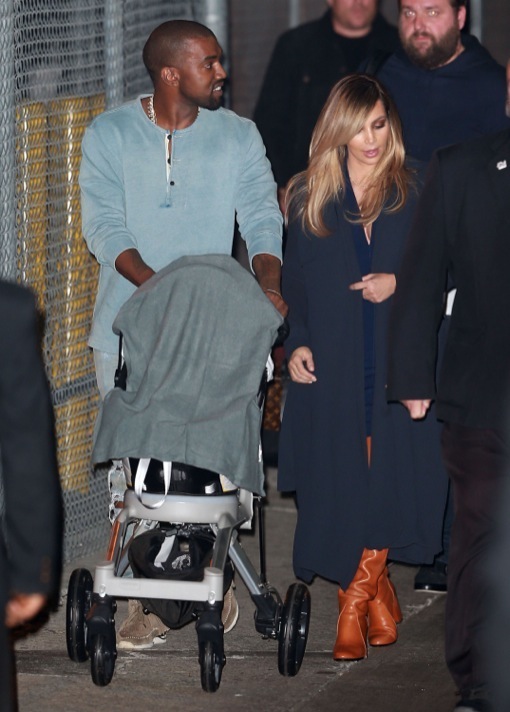 Kim Kardashian and her daughter North West accompanied Kanye West to Jimmy Kimmel Live! in Hollywood, Ca where he was recording a guest appearance on Wednesday (Oct. 9).

The Keeping up With the Kardashians star waved at photographers while pushing North who was covered with a blanket  while seated in a stroller.  West joined them on the way out of the studio.

The rapper recently slammed the host after he spoofed West’s interview with BBC Radio One.

“Kanye and I had a disagreement a couple of weeks ago and it got a little bit out of hand. Tomorrow night, we will sit down and discuss it like normal people do—on television,” Kimmel revealed on Tuesday night’s show. “It’ll just be us and Dr. Phil. And neither of us is leaving until this government shutdown gets solved. So if you’ve always wanted to see a talk show host get strangled by a pair of leather jogging pants, join us tomorrow.”

What do you think of the feud? Was it orchestrated for publicity or real?

Suri Cruise And Her Security Guard Out In New York City