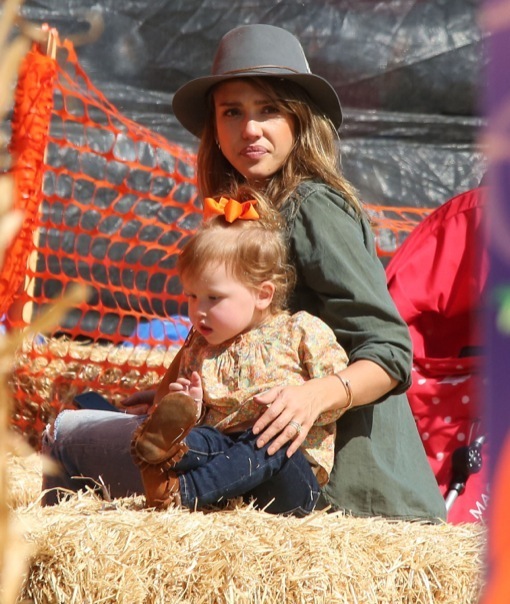 The Machete actress was dressed casually as she pushed a cart around the patch. Honor was dressed as Princess Belle from Disney’s Beauty and the Beast while getting her painted. Haven stuck close to her mom and nanny.

Alba hopes her children will be proud of her efforts with the Honest Company, an eco-friendly line of children and baby products.

“I try my best, and I hope at the end of the day that Haven and Honor are appreciative of what I’m trying to build and doing my little part in making the world a better place,” she told  Toronto’s The Morning Show.

During the same interview, Alba revealed that Canada is like a second home to her.

She met husband Cash Warren in Vancouver in 2004 when she was working on Fantastic Four. In 2007, Alba found out she was pregnant with Honor when she was on set in Toronto for The Love Guru.