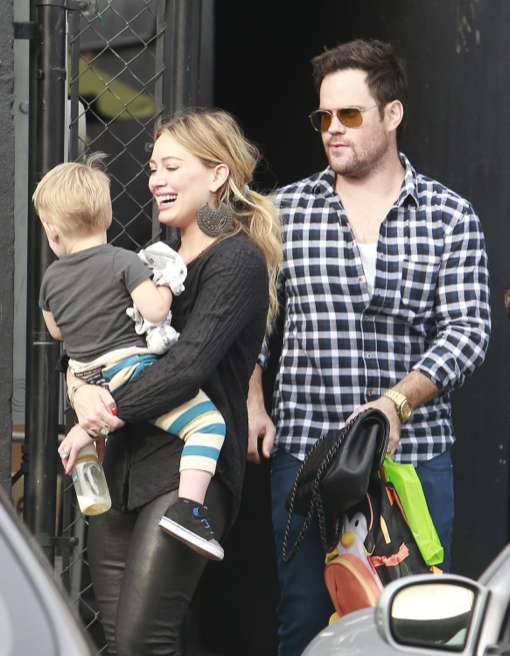 Hilary Duff, her husband Mike Comrie, and their son Luca went for lunch in West Hollywood, CA on Saturday (Oct. 26).

The Flock of Dudes actress was dressed in a black blouse and leather leggings while holding the 1-year-old. Comrie followed behind with her bag and Luca’s penguin backpack.

After, the family showed their support for Duff’s older sister Haylie at a signing for her new cookbook Real Girl’s Kitchen.

“My dad gave me my great-grandmother’s cookbook… I found so much inspiration in it. It had personal letters from people she had met in her travels and handwritten recipes that were passed down through my family. I found a letter she wrote to a man who was a cafe owner in New Orleans asking how to best prepare the perfect cup of coffee in a French press. And he took the time to write her a very detailed response. I thought it was so wonderful – and that’s what I wanted my book to feel like, that letter,” Haylie told Star Magazine.