Christina Aguilera: Spending Time With Son Is the Most Important Thing 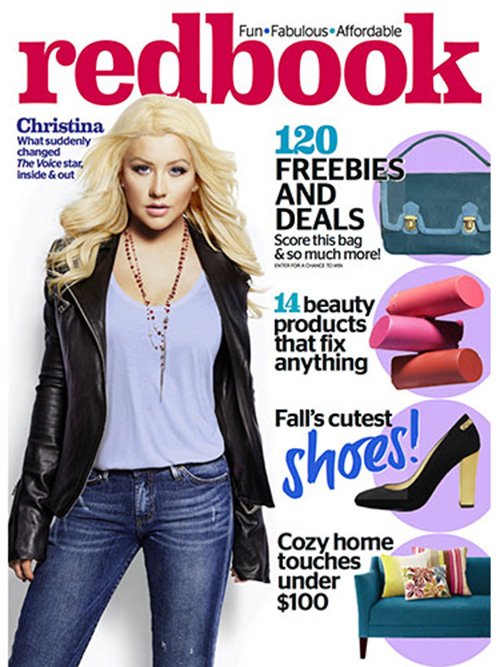 Showing off her slimmed down figure on the November 2013 issue of Redbook, Christina Aguilera opens up about being a mom to her 5-year-old son Max and the reason she took a hiatus from judging the The Voice last year.

The Moves Like Jagger tells that being fit is important to her, but at the end of a hard day she’d rather spend the time with her son.

“If I have to choose between working out and spending time with my son after a hard day, it’s not even a question,” she insists.

Aguilera admits she took a break from the NBC show to take time to herself and be with her son.

“I needed to decompress, wind down the clock and just breathe. I needed to find out who I am outside of that red chair. We did three seasons, and I wanted to disengage and have my life back and be with my son – put my sweatpants on and wipe my makeup off,” she told.

Back in the red chair for the fifth season of The Voice, Aguilera reveals she and her fellow judges are like a big family unit.

“I know these guys so well, they really are like my brothers, no joke. There’s a 12-year-old boy in me who loves to come out and play with them,” she tells.

The hit show airs Monday and Tuesdays on NBC.