10 Pregnancy Symptoms No One Told You About 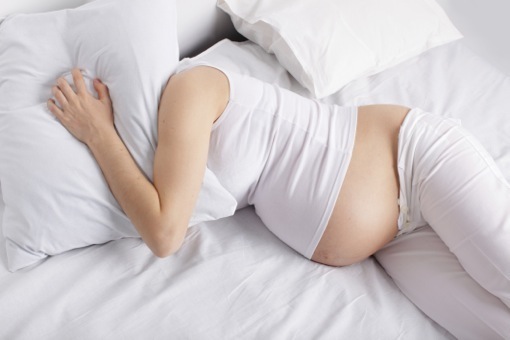 You know about nausea, missed periods, lustrous hair and a healthy glow. Here are some of the pregnancy symptoms that no one told you about.

Sweat. Under your arms, down your back, on your belly, between your thighs. During pregnancy, your metabolism is in overdrive and perspiring is your body’s way of cooling off.

Lower Voice. Extra mucous may alter the length and quality of the vocal chords and make you sound differently than before pregnancy. Kristen Bell said that when she was pregnant with daughter, Lincoln, pregnancy changed her voice – and made it deeper.  The extra mucous may also affect smell and taste.

Bigger Feet. We know that feet swell during pregnancy (read more here), but a new study shows that pregnant women’s feet in pregnancy may even grow longer – and the change is permanent. According to the research, bigger feet are due to the extra weight your body is carrying during pregnancy. The greater strain on your feet may flatten your arch. Moreover, the hormones produced that loosen the joints and ligaments in your body may make your foot structure more malleable.

Itching. Usually without a rash, feeling itchy is common during pregnancy because of increased blood supply to the skin or your skin stretching. For fewer than 1 in 100 women, itching is more severe – and could be sign of something more serious. So if it’s anything more than mild, contact your doctor.

Strange Body Odor. Pregnancy hormones cause all sorts of different odors. Talk to your doctor if you notice stronger vaginal odors. However, there is a chance, that your sense of smell is just stronger and no one else can tell.

Strange Dreams (aka Pregnancy Sleep). Vivid dreaming may be a reflection of the anxiety or excitement about being pregnant. Your sleep is also more likely to be interrupted during pregnancy, so it’s more likely that you will remember your dreams during REM sleep. (Most people tend to remember their dreams when they are woken from them). As a result, it may seem that your dreams are more vivid and more frequent.

Early Morning Insomnia. Your first trimester may be full of early morning sleeplessness. There are a lot of possible reasons, but waking up at 4am and not being able to fall back asleep, is pretty common during this period of your pregnancy. It could be the result of hormonal changes, long naps during the day due to fatigue, or it could be emotion related – for example, anxiety in the early stages of pregnancy.

Rash. Pruritic urticarial papules and plaques of pregnancy – aka a red, itchy rash, is a chronic hives-like rash during pregnancy. It usually starts at the abdomen and spreads. It presents no long term risk to mom or baby. Your doctor can prescribe something – and some women swear by “Grandpa’s Pine tar soap” for help.

Clumsiness. A lot of women experience weakened hand-eye coordination and balance as their bodies are changing. This may be more prevalent in your last trimester, but it may happen early on as well.

Forgetfullness. You may feel less sharp during pregnancy and start to forget the details or have poor concentration. This could be due to less sleep, sickness, fatigue – or simply  the process of getting used to thinking about a new life living inside of you. Researchers believe that later in pregnancy, forgetfulness could have a physical cause. Studies show that your brain alters as pregnancy progresses – some parts increasing in size and the overall size decreasing during pregnancy. These changes are only temporary and not noticeable. But these may explain an impact on short-term memory.

Emma Heming Takes Her Pumpkin To The Patch