Jennifer Garner Spends Labor Day at The Park With Her Children 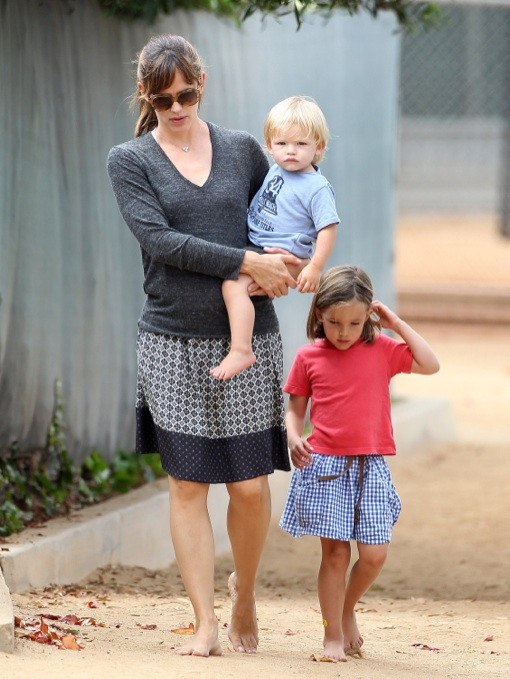 Jennifer Garner enjoyed Labor Day with her children Seraphina and Samuel at the park in Pacific Palisades, California on Monday (Sept. 2).

The trio looked to be having a ball as they played with one another on the park playset. They also played in the sand and a  big toy truck.

Later, Garner dropped off the 4-year-old with husband Ben Affleck for lunch.

Almost 10 years after her divorce from Scott Foley, Garner is finally opening up about what went wrong.

“He’s a great guy,” the 41-year-old tells Allure magazine for their September issue. “We were full-on grownups, but looking back I’m aware we did not know what hit us. He’s a really good guy, and we just imploded.”

They married in 2000 after meeting on the set of Felicity and separated three years later. She then married Ben Affleck in 2005.

Beyonce Struts Her Stuff While Boarding Yacht With Blue Ivy