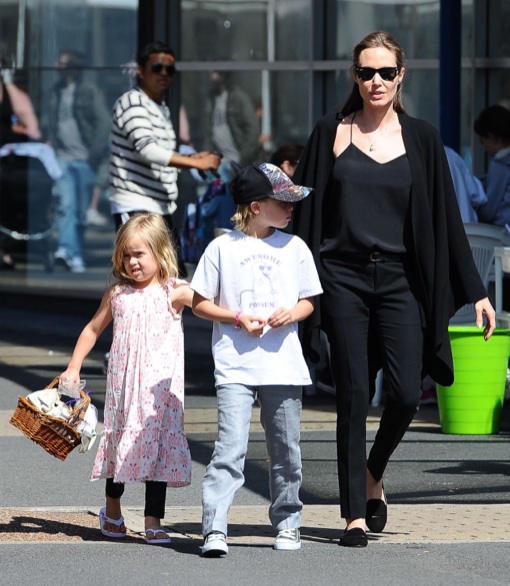 Angelina Jolie was photographed having  a girls’ day with two of her daughters, Shiloh and Vivienne, in Sydney, Australia on Saturday (Sept. 14).

The Maleficent actress was dressed in her usual black attire while laughing  with her daughters as they took a stroll in the city. Vivienne stuck close to her mom and Shiloh led the way.

Jolie is down under to direct her second film, entitled Unbroken

The tells thee inspirational true story of Louis Zamperini, an Olympic runner and air force second lieutenant who survived for 47 days adrift in the Pacific Ocean without food or water when his plane crashed during World War II in 1943

“Yeah, she’s got her hands full. I’m actually jealous,” he told Access Hollywood when asked how Jolie was managing in Sydney.

He then flew to London to film the upcoming World War 2 film, Fury.