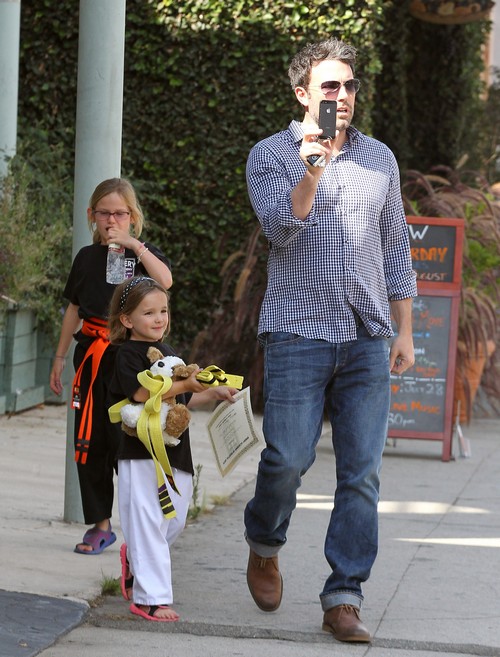 According to a new report, Jennifer Garner is sick of losing out career opportunities because she has to stay home and take care of the kids, and she thinks it’s time for Ben Affleck to stay home and be ‘Mr. Mom’ while she concentrates on her career for once.

A source close to the couple explains, “Jennifer has played homemaker while Ben has been the toast of the town. She is so proud of Ben, but she used to have a red-hot career, and she wants it back.”

Red-hot career, my foot. She never had that great of a career, and Ben’s career has taken priority for a reason – he’s earning more, and he’s more in demand. But I agree that Jennifer should at least be able to take some roles, considering the only movie she has coming out is Dallas Buyer’s Club, and that’s a supporting role.

What do you guys think? Is Jennifer pissed about not being able to build her career? Or does she know that her limited acting ability will probably not get her an Oscar any time soon? Let us know what you think in the comments.