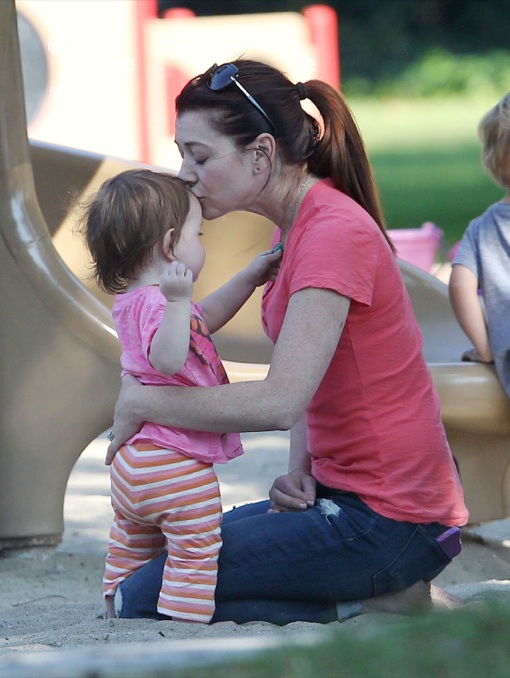 Alyson Hannigan and her husband Alexis Denisof were photographed out with their girls Keeva and Satyana at a park in Los Angeles, California on Saturday (August 10)

The family tumbled around in the grass before heading over to a playset where they played together. Denisof went on top of the set to play with the 4-year-old while Hannigan gave the 14-month-old  kisses in the sand.

The How I Met Your Mother actress was surprised when Denisof asked to renew their vows for their 10th wedding anniversary.

“My hubby @AlexisDenisof surprised me with the most romantic day of my life yesterday!” she tweeted to at the end of July. “Which included another proposal & ring! I said YES!’

“Now we get to have our kids at this ceremony,” she added on Twitter. “It’ll be shorter. We’ll get to the cake sooner! YAY renewal!!!”

Their anniversary is this October.

Keeping Active During Your Pregnancy