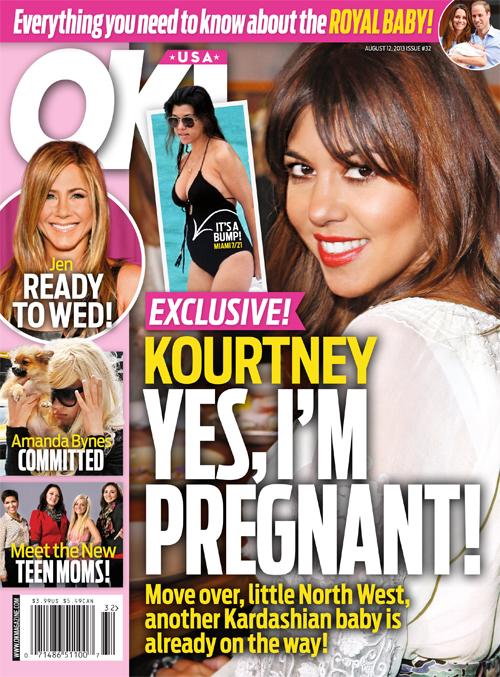 Well look what I just came across!

According to OK! Magazine, Kourtney Kardashian is pregnant with her third child.

“Yes, I’m Pregnant!” the magazine quotes the reality star as saying on the cover of their new issue.

The mom of two has been open about wanting more children. Before giving birth to daughter Penelope, she told boyfriend Scott Disick she would not be going on the pill again.

“I need to see what it’s like when I have two, but [having kids] is what life is about,” Kourtney responds. “I’m not going on the pill [after giving birth to Penelope]. I don’t believe in it anymore!”

Would Kourtney actually get pregnant before Kim can market her newest addition, newborn daughter, North West?

Maybe, Kourtney is trying to hold of on an official announcement till Kim makes her post-baby body debut and shows of baby North to the world?

What do you think? Is Kourtney pregnant?

The 15 Cutest Baby Memes For Moms