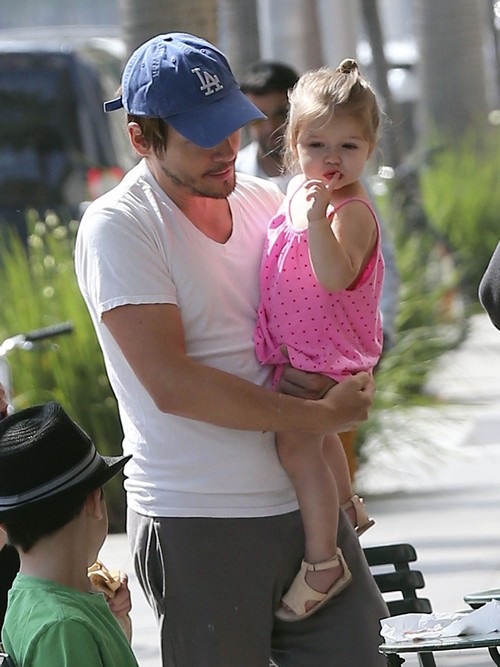 I think it was a given that when and if Victoria Beckham ever had a daughter she would be a style icon straight out of the womb and Harper Seven Beckham certainly hasn’t disappointed.  “Posh Spice’s” baby girl, Harper is quickly catching up with Suri Cruise in terms of being the most fashionable celebrity tot around.

As for Harper’s already very charmed life, she has a closet full of designer duds that are worth more than anything you and I own combined. She has staggered down the runway before even being able to practice real turns on that catwalk and is already a regular in the front row during Fashion Week.

While Victoria’s style is often kind of edgy she has dressed Harper like a little girl. That”s the one thing she likely won’t have in common with Suri- lipstick and baby high heels at age 3! As much as Victoria loves to be glam she seems to think that it is equally important for her kids to be kids. Instead of trying to age Harper she dresses her in age appropriate gear that matches her ensembles.Harper already has a handbag named after her. Do you think Victoria will ultimately launch a fashion line of some type named after her daughter? Will we see Harper end up obsessed with fashion like Suri supposedly is, or do you think the Beckhams will try to keep her away from the family businesses as much as possible and just allow her to be a little girl- albeit a very privileged one? I’m kind of hoping they do encourage her away from the limelight as they have their sons, don’t you? Tell us your thoughts in the comments below!

Snooki Offers Up Baby Advice to Kate Middleton – What Would Your Advice Be?