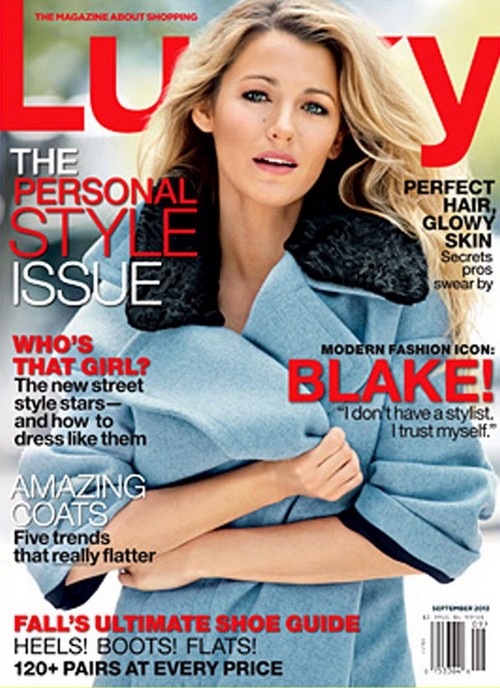 When Blake Lively first stepped out of the spotlight after marrying Ryan Reynolds, many people assumed it would be temporary. After all, Blake’s name had been on practically every casting list for major movies in 2010 and 2011, so why would it change now? Especially considering that she had just wrapped up Gossip Girl and would have more time to build her resume. Alas, those people were wrong.

Whether it was because of her lack of acting ability [to put it lightly] or her own personal choice, Lively has stayed away from the spotlight after getting married. While Ryan Reynolds continues to work non-stop in several films, Blake has been content to stay at home or visit him on set.

She explains in a new interview with Lucky Magazine that her priorities have changed after marriage, explaining, “Work is important, but my greatest passion is my personal life.” She also adds that she’s been spending her time building their home, saying, “With film and TV, you don’t see the results for months. Building a home, you get immediate gratification.”

This will certainly increase rumors that are stating that Lively is pregnant, which could be one reason she has refused acting roles. What do you guys think? Let us know your thoughts in the comments.

Mario Lopez & Gia Soak Up The Sun on Father-Daughter Day