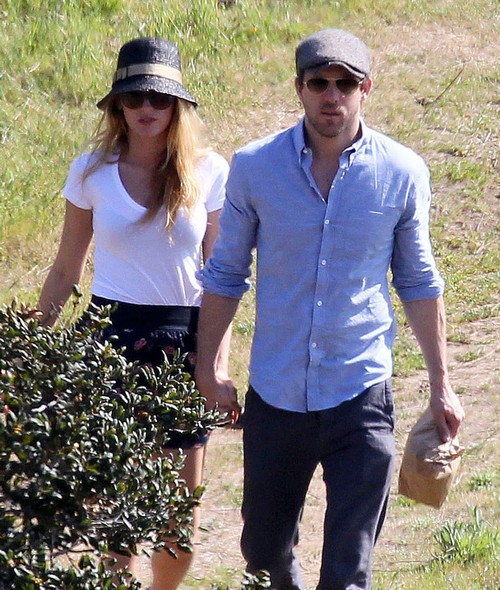 Blake Lively and Ryan Reynolds are still going strong, surprising most people who didn’t expect their relationship to last longer than a year. They’ve managed to stay off the public radar for most of the past year, but now that Ryan is promoting his new movie R.I.P.D., the promotional campaign has kicked into high gear. Ryan covers the latest issue of Details Magazine, and talks about babies – because what sells better than baby talk?

First, Ryan is asked about his relationship with Blake, which he’s hesitant to discuss. He simply states, “I understand the climate we live in and why people are curious. But it’s just tough and almost emotionally violent—for anyone, I think—to see your personal life summarized in a sentence.”

However, he admits that he and Blake want to have lots of children and a big family, explaining, “We both come from big families—my parents did four, Blake’s did five. A lot of people say it’s crazy, but we’ll only know when we’re there, you know? We’ll walk through that fire pretty happily, I think.”

Awwwww. Despite what some people say about them, they truly seem like they’re very happy together. Blake also seems like she’s been content with taking a break from acting, although her husband has been working non-stop since last year. It will be sweet to see them have kids, especially because both Ryan and Blake have always admitted their desire to start a family.