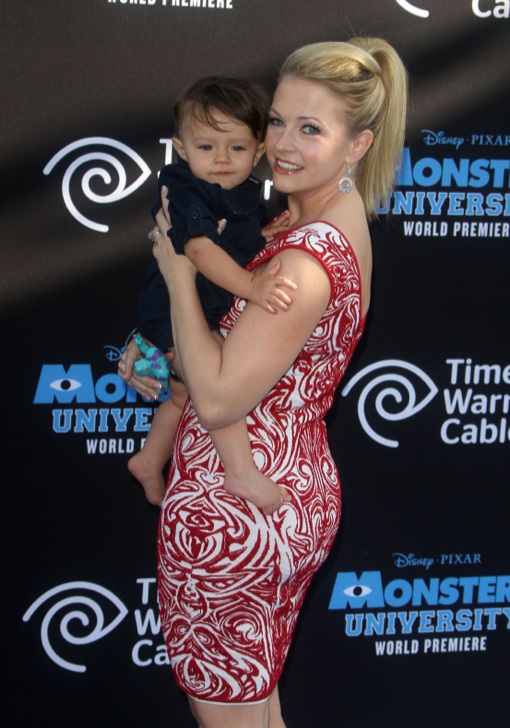 Looking amazing in a red and white dress just nine months after giving birth, the Melissa & Joey actress affectionately hugged her baby while posing for pictures on the blue carpet. Tucker looked adorable as he met with Sully, a character from the movie.

“At the #monstersuniversity premiere and look who I ran into…. #Mack #Ham #disney #funny #cheers,” she wrote.

Later, she share a couple of Vine clips she took while at the event.