Kim Kardashian Is In Labour – Daughter To Be Born Soon 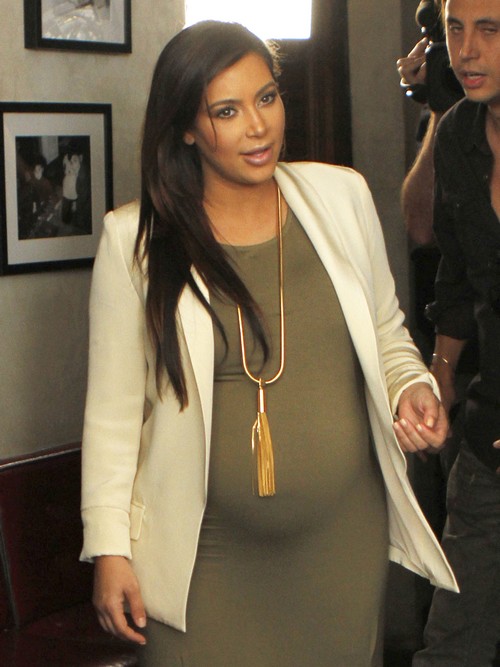 Kim Kardashian, 32, has been taken to the hospital and is reportedly in labour.  Kim who is expecting her first child with rapper Kanye West was taken to the Cedars-Sinai Medical Center  birthing centre this morning.

No word yet on whether Kanye is by her side or will be attending the birth of his daughter.  Apparently Kanye skipped out on a listening party for his latest album, so he could be on his way.

It was announced during the season premiere of Keeping Up With The Kardashians that Kim was having a baby girl.  Kim was thrilled when she was told by the doctor and said, “I am so excited to be having a girl, who doesn’t want a girl.”

On the same show Kim said she would be eating her placenta after she gave birth.  Her mother Kris Jenner was somewhat squeamish, but Kim said to the doctor, “Don’t you think it makes you look younger? I really want to do it.”   I am not sure I would want to do that, but to each his own…

This is a developing story, so make sure to stop by Celeb Baby Laundry and we will get you all the news as we get it.