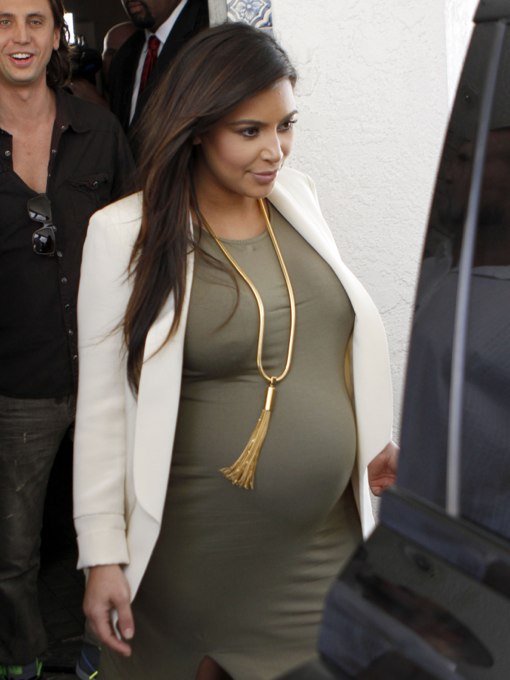 Dressed is in a formfitting cameo colored maxi dress and white blazer, the Keeping Up With The Kardashians star put on a brave face after allegations surfaced today that boyfriend Kanye West had cheated on her.

Canadian model Leyla Ghobadi claims that she and the rapper hooked while he was dating Kim, including one while Kim was pregnant.

Although, Kanye rep denied the her claims.

“This most recent attack on Kanye West and his family is totally without merit,” his rep tells in a statement. “It’s a blatant attempt by a misguided individual who is clearly seeking publicity, and another in a series of malicious stories drummed up by non-credible ‘news’ sources.”

“This is a sad attempt to hurt two people trying to live their lives,” the rep adds.

What do you think? Did Kanye cheat? His he serious about Kim and their baby?