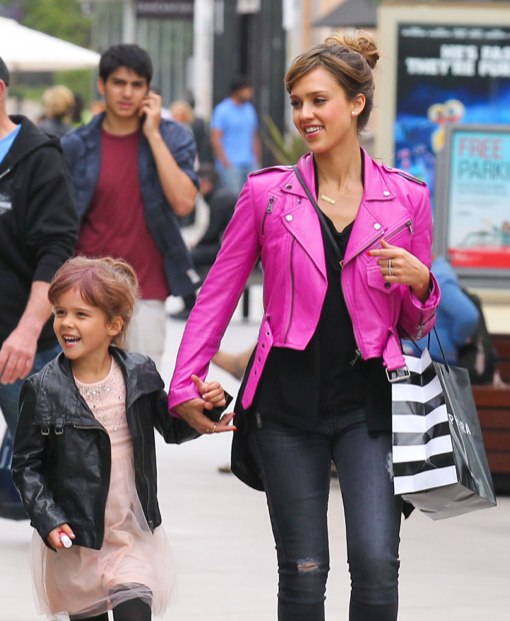 Jessica Alba took her daughter Honor shopping for her 5th birthday at the Westfield Mall in Century City, CA on Friday (June 8).

“Today 5 years ago my sweet little angel Honor came into this world. I’m so blessed to be her mommy,” Jessica captioned the shot.

The star also tweeted a fake mugshot of herself  from her new movie, Dear Eleanor. The Kevin Connolly-directed film set in 1962 is a coming-of-age story about two teenage girls who embark on a search for Eleanor Roosevelt during the chaos of the Cuban Missile Crisis.

Tamar Braxton And Vince Herbert Had A Boy