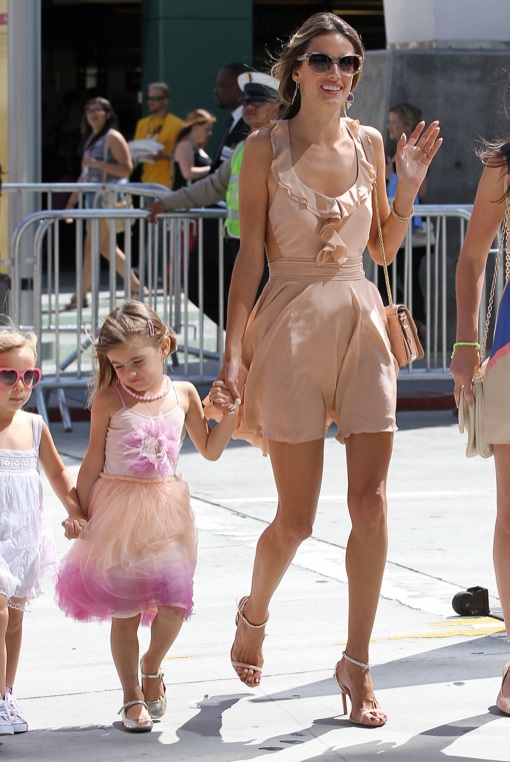 Alessandra Ambrosio, her daughter Anja and a friend were spotted heading to the Los Angeles Film Festival in Los Angeles, CA on Saturday (June 15).

Catching the premiere of  My Little Pony Equestria Girls with the youngsters, the Victoria’s Secret model was dressed in a backless sundress, sandals and gold shoulder bag. Little Anja matched her mom in a similar colored tutu dress.

The film revolves around Twilight Sparkle pursuing a thief who has stolen the crown from the Crystal Empire into an alternative universe, where she must transform herself into a high school student.

Alessandra shared a shot of the two friends posing in front of Little Pony characters on her Instagram account.