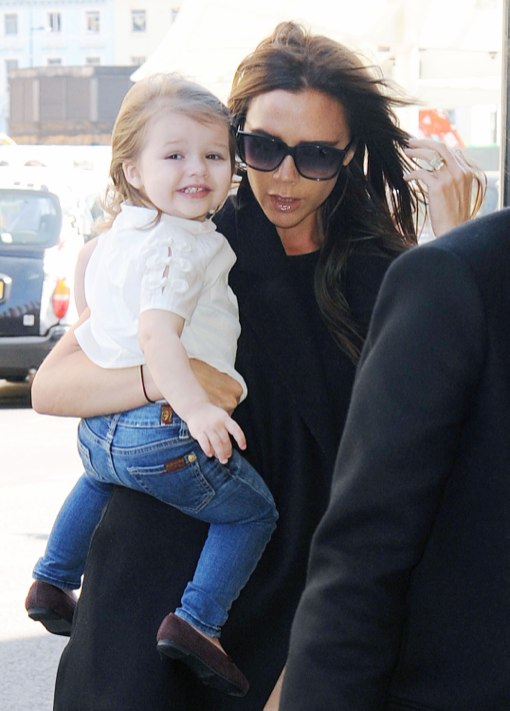 Victoria Beckham and daughter Harper were pictured arriving at the Eurostar station in London, England to travel to Paris on Thursday (May 2).

The mother-daughter duo looked stylish as usual. They were headed to Paris to meet up with David to celebrate his 38th birthday.

Rumor is the fashion designer and her soccer star husband are searching for a home in London with “ten bedrooms minimum”.

“They want ten bedrooms minimum. They’ve been happy renting so far, with Victoria spending most of the week in London with the kids while David stays in a luxury pad in Paris. But they’re feeling really settled back in Europe, and Victoria has expanded her business operation in London, so it makes sense to sort out a permanent move,” a source told The Mirror. “They see their life as UK-based now and while both David and Victoria still have ties in LA, once the US housing market is back on track, there’s a good chance they’ll sell up.”

The family are currently renting a £20 million property in South London.

To check out more photos of David Beckham holding Harper and kissing her, CLICK HERE!

Halle Berry Keeps Her Bump on The Down-Low