Sandra Bullock Picks Up Her Superhero From School 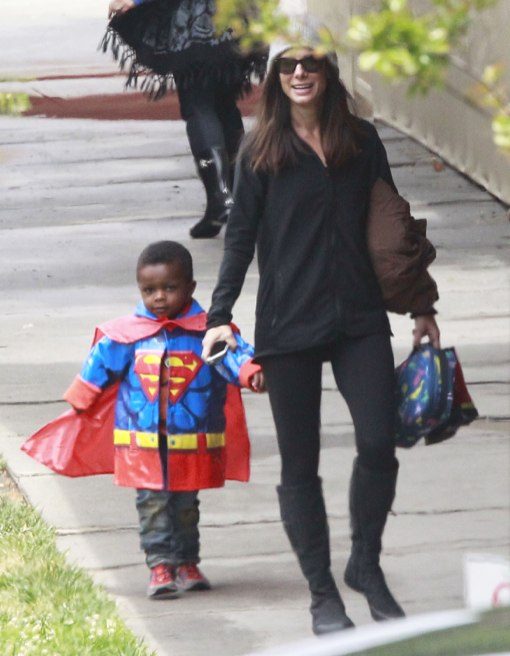 Sandra Bullock picked up her son Louis from school in Los Angeles, CA on Monday (May 6).

The Gravity actress was dressed all in black while smiling happily to see her tot after his day at school. Louis was dressed in a cute Superman raincoat with an attached cape.

Sandra can next be seen in the much anticipated comedy co-starring Melissa McCarthy, The Heat. The film is set to hit theatres on June 28.

The actress has also signed on to voice a character in the Despicable Me spinoff Minions. Mad Men’s Jon Hamm also recently signed to co-star.