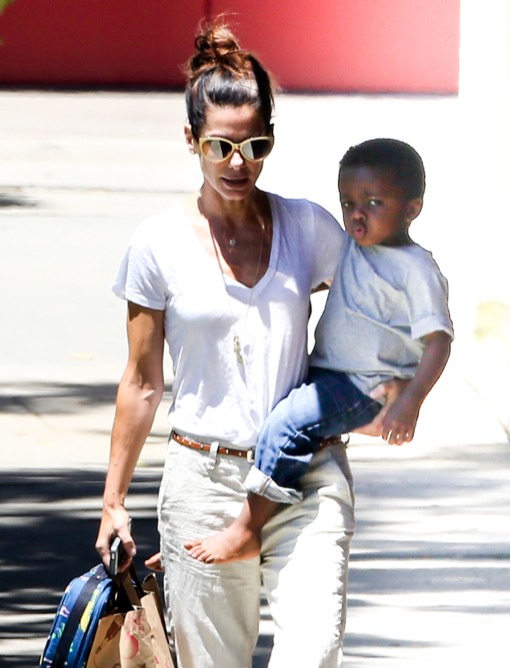 Sandra Bullock picked up her son Louis from school in Los Angeles, CA on Tuesday (May 14).

The Gravity actress was dressed comfortably in a white shirt and cream khakis. She carried the growing toddler on her hip while holding his school stuff in her other hand.

Last week, we also saw the duo leaving Louis’ school. The day may have been gloomy, but the 2-year-old looked more than happy sporting a Superman raincoat with an attached cape.

Sandra can next be seen in the much anticipated comedy co-starring Melissa McCarthy, The Heat. The film is set to hit theatres on June 28.