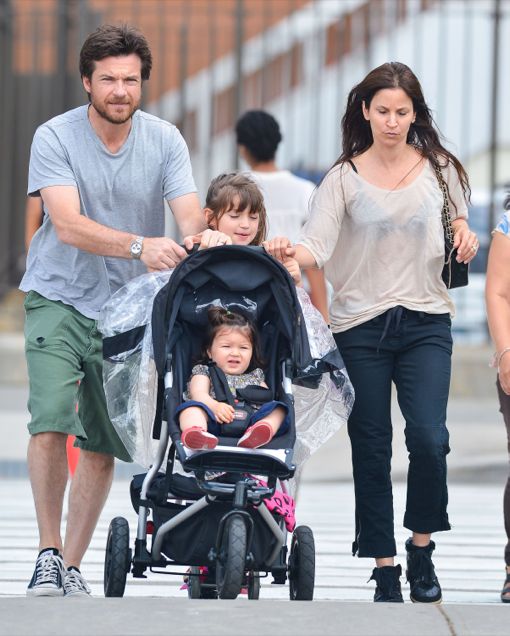 Jason Bateman and wife Amanda Anka enjoyed a day with their daughters Francesca and Maple taking a stroll at the Hudson River Park in New York City on Thursday (May 23).

The actor was dressed casually in a grey t-shirt, khakis and sneakers. He pushed Maple’s stroller along with Francesca and his wife.

Bateman has been promoting the fourth season of Arrested Development.

“I mean, my career was not vibrant, not robust, to say the least,” the once child star admitted. “And then that show came along and gave me a second chance. If it hadn’t appeared, you know, I may have turned to something else… It was the most important thing I’ve ever done.”

The show will be available via Netflix streaming on Sunday, May 26.