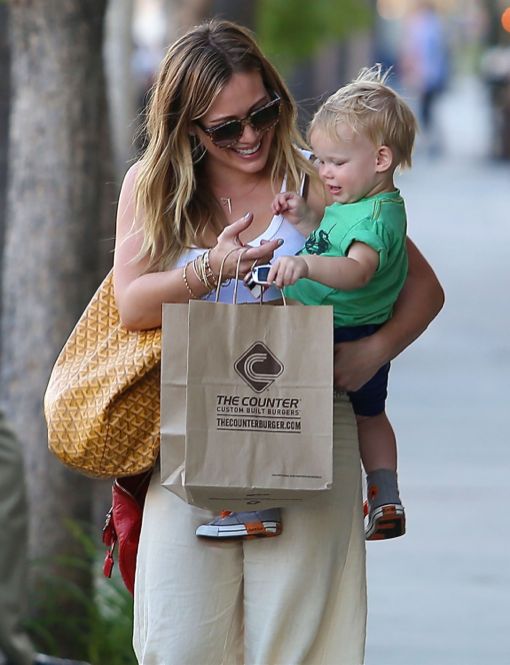 Hilary Duff spent a day bonding with her son Luca in Los Angeles, CA on Wednesday (May 29).

The proud mom looked stylish in a white tank and wide leg cream linen pants as she took Luca to his weekly Babies First class. Luca was dressed in a green shirt, navy shorts and cute hight top sneakers.

After the 1-year-old enjoyed some interaction with other toddlers his age, Duff took him to lunch at the Counter restaurant.

Duff has most of the weight she gained while pregnant, but she insist it was not easy because she is the worst dieter.

“I’ve never had that much weight to lose before. I was like, “It’s not coming off.” I love to exercise but I’m the worst dieter in the world,” she told. “Now I’m finally getting to a place where my old clothes are fitting. It’s taken a year and it was harder than I thought it was going to be. But I feel really good.”

What do you think? Do you think it is refreshing that she took the time to lose the weight instead of killing herself woking out and starving like most celebs?

Family Adventure: Taking Our Baby To The Pool