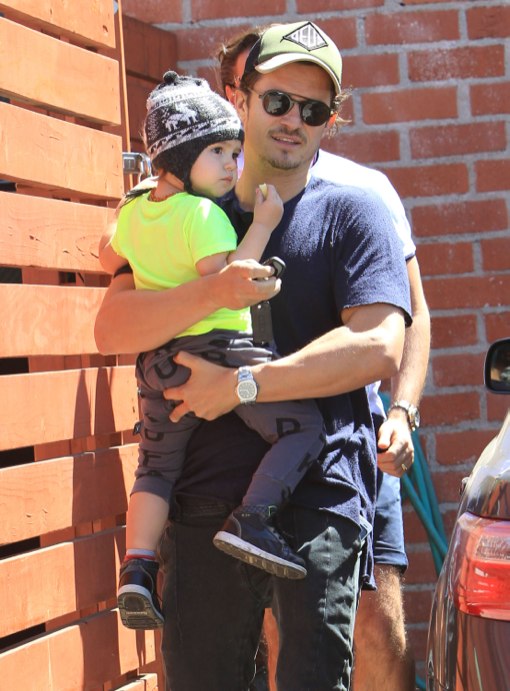 Orlando Bloom and his wife Miranda Kerr took their son Flynn out for a day of fun in West Hollywood, CA on Thursday.

The model escorted Flynn to an indoor play park to partake in an organized playdate. The 2-year-old looked excited while donning a huge smile.

Later, the Zulu actor carried Flynn out before they went to pick up lunch at  In-N-Out Burger.

Kerr’s public outing comes after it was announced Victoria’s Secret had decided not renew her contract as an Angel.

A source claimed that the lingerie giant decided not renew her three year contract because of her “difficult reputation”. She also was “not a big seller for VS” like her rivals Alessandra Ambrosio and Candice Swanepoel.

The claims were soon denied by the Victoria’s Secret president and chief marketing officer.

“Miranda Kerr is one of the best models in the history of the business – and easily one of the most popular. She is also a consummate professional. Any rumours to the contrary are simply untrue,” Ed Razek told, adding, “While her international commitments have kept her away from us more than we’d like over the past few years, she will always be an Angel to me.”

Apparently, the company asks their Angels to commit three months of the year to their brand. With Miranda becoming the new face of Mango and her recent deal with Qantas airline, she didn’t have the time to commit.