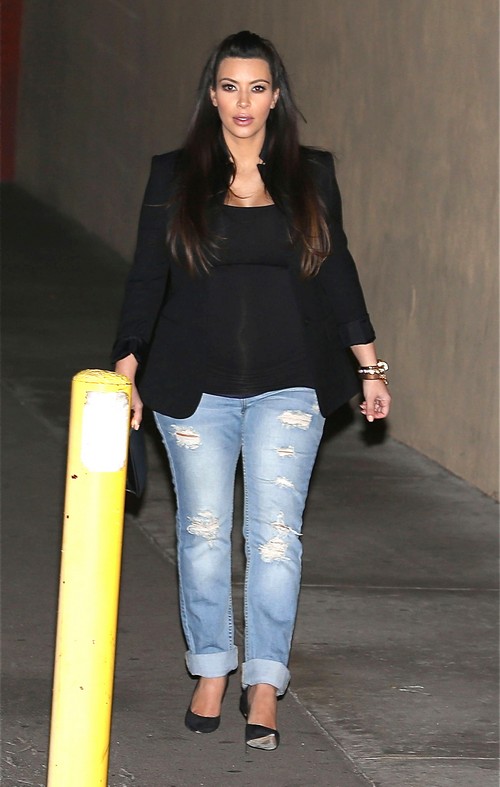 Kim went for a casual look and squeezed her ever changing six-month baby bump into faded blue boyfriend style distressed jeans and teamed it with a black blazer, black cami and black heels.  Kim went for  casual makeup and casual hair for the evening.

Kim has been widely criticized for her maternity looks as she has squeezed herself into tight dresses, skirts and sheer blouses.  Last night she finally got it right, for once she look comfortable!  What do you think of Kim’s maternity look last night?  Love it or hate it?  Hit the comments and let us know your thoughts!

Meanwhile, Kim recently revealed that her doctors have warned her to slow down.  “It’s hard when a lot is changing in your body and you get sick and you are traveling and so much is going on,” Kim revealed. “[I’m going to slow down] a little bit… it’s not easy being pregnant, I have to tell you.”

Find out what Earsucker.com has to say about Kim Kardashian’s baby ruining her life HERE!