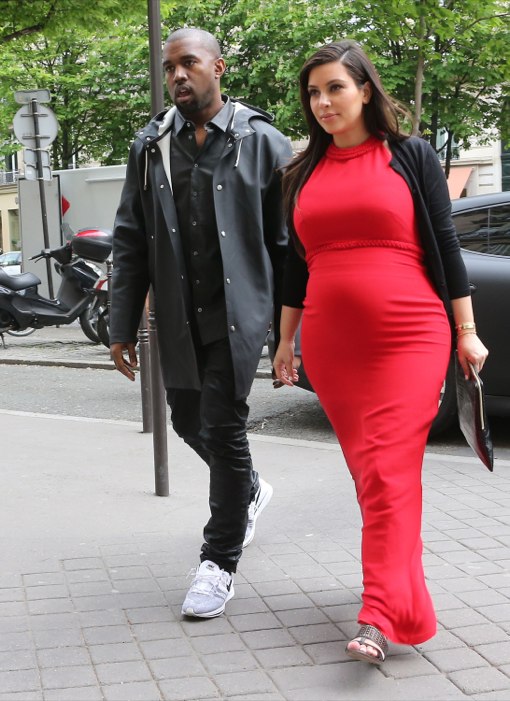 Fresh off a Greek island vacation with family, the reality star showed off her bump in a bright red maxi dress while shopping at Givenchy, Ferragamo, Hermes, Celine and Lanvin. West wore a rain jacket over a dark shirt and leather jeans.

After some retail therapy, the couple went to L’Avenue for lunch.

The soon-to-be parents have told family and friends that they don’t want to receive gifts for the birth of their baby. Instead, they would like a a donation made to Lurie Children’s Hospital in Chicago (where West grew up).

“Ann & Robert H. Lurie Children’s Hospital of Chicago would like to extend its sincerest gratitude to Kim Kardashian and Kanye West for their thoughtfulness and support of the hospital,” a rep for the hospital said in a statement to TMZ. “Funds donated on behalf of Kardashian and West will be directed to the Neonatal Intensive Care Unit Fund, which will help care for the most critically ill babies and their families.”

What do you think of asking people to donate money rather than buy gifts for the birth of a baby?

Our Lazy Weekend: Planning A Trip With Our 6 Month Old Baby