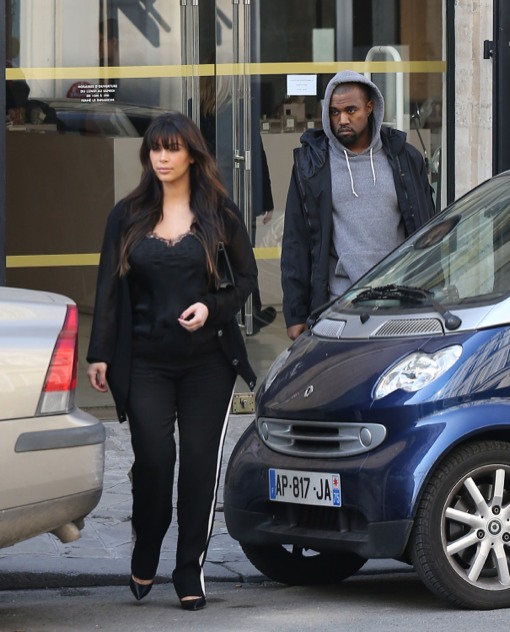 After not being seen together in a while due their busy schedules, Kim Kardashian and her boyfriend Kanye West came to enjoyed a Easter weekend getaway in Paris, France.

The pregnant reality star wore a a lose button up sweater with a black cami and black pants while shopping at Bonpoint. While at the store the couple picked up some designer outfits for their unborn baby.

Kim recently revealed that she and Kanye are yet to decide on a baby name.